Microsoft finally set their beast free, the Xbox One X a few weeks ago. With the company enjoying massive success and support from the Xbox community, it seems like the extra horsepower in the Xbox One X is definitely being put to use very well.

With Final Fantasy 15 Being a major title for Sony’s PlayStation franchise selling over 2.5M copies on the PlayStation 4, it seems like folks over at Square Enix definitely decided to push the Xbox One X to the forefront with sharp and vibrant textures. 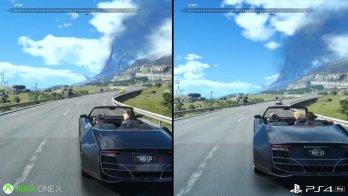 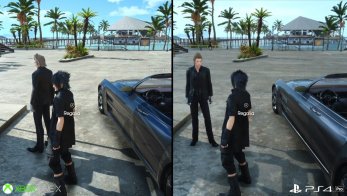 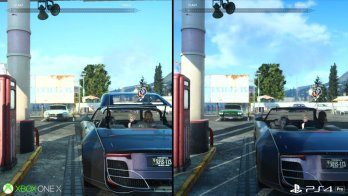 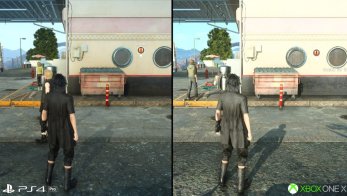 Not only was the game much more sharper on the Xbox One X, but also flexed the Xbox One X by introducing better lighting environments, textures and shadows. These are some of the things that players would immediately notice after upgrading from the original Xbox One or the Xbox One S to the Xbox One X.

The PlayStation 4 Pro and Xbox One X version of the title have five graphics options in common that allow users to scale the game according to their prioritization.

However, with all of the hype boiling for Square Enix’s FFXV, that doesn’t mean that the title doesn’t come with its fair share of issues on the Xbox One X. Digital Foundry noted that the Xbox One X version of the game saw dips in framerates below 30FPS. However, under many circumstances, thanks to the dynamic scaling on title, it managed to keep itself close to the 30FPS mark.

Another point Digital Foundry found is that the title experienced severe slowdowns under challenging environments after a slow down or if the game was active for more than while. They noted that by restarting the console, the title ran a stable 30FPS under the same scenes and situations which seems to make them believe that the issue is hooked upto the sleep mode on the Xbox One X.

Based on Digital Foundry’s analysis, the Lite graphics option present on the options menu uncaps the framerate on the Xbox One X and allows the game to soar between 30-60FPS. While exceeding 50FPS was quite rare during their tests, it definitely showed what the game is capable of for those who would want a higher frame rate. We would highly recommend users to use the “high” mode.

Let’s hope Square Enix fixes these issues and releases yet another patch for the Xbox One X.