Fortnite is one of the most popular games in the world right now. It seems like the official Fortnite channel has been hit by a number of trolls as four of it’s most recent videos have been taken down. All four of the videos taken down were regarding the launch of Fortnite Season 6 and by the looks of it, it seems to be a mess right now. The four videos missing from the official Fortnite YouTube channel include the Battle Pass trailer, Season 6 Introduction Trailer and a few more unless we’re missing a few. While the videos have now been taken down, we still had the chance to find out who may have taken them down, but it seems to be more than just a troll at this point. The copyright message from YouTube reads…

“Fortnite Season 6…” is no longer available due to a copyright claim by Epic Games, Inc.” 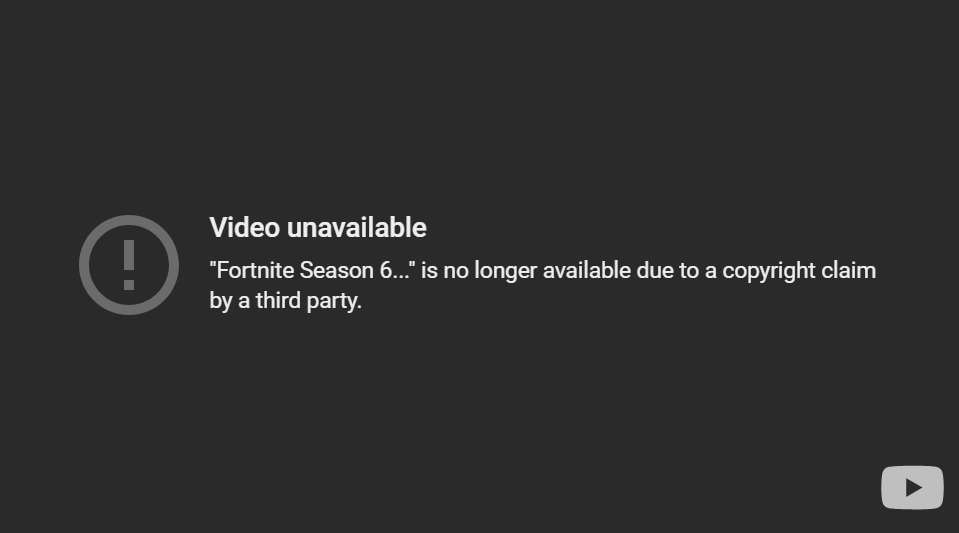 If you aren’t aware, Epic Games are the actual developers behind the game, Fortnite. Being a game developed under their studio, it’s weird to see that the videos were actually taken down. There’s no way Epic has done this themselves. Anyways, we’re sure Epic has already taken notice of the issue and are most likely in contact with the folks over at YouTube to fight off the fake copyright claim. Below is a screenshot of how the official Fortnite account looks like at this very minute.

Fortnite Season 6 is the biggest update yet brought to Fortnite. Not only does it introduce a new series of creepy events, but also introduces a number of new pets, characters, back-blings and a whole lot more. Given that the Season has been dubbed as Darkness Rises, I’d be fishy to hear Epic did this themselves following the whole “Darkness Rises” theme as they did with Season 5’s World’s Collide where they had actual events collide with events happening in-game.