Completely bezel-less smartphones having 100% screen to body ratio are a fantasy for every tech enthusiast. Attempts made by most manufacturers to push the limits are applause-worthy. The Oppo Find X smartly came up with a motorized solution to the notch while Xiaomi’s Mi MiX 3 offered a flip phone solution. Samsung strayed away from the notch since it’s dawn and is in active development of under display sensor technology.

LG, on the other hand, is considered to be one of the best display manufacturers out there along with Samsung. A picture was released on twitter which showcased LG’s smartphone design patent. Now the Photo itself showcases the display of what could possibly be LG’s next flagship phone having no notch. But instead houses a small hole for the front-facing dual cameras. This has to be one of the absurd approaches to get rid of the notch. Housing a small dotlike-hole would still interfere with the seamless display but would significantly increase the screen to body ratio. 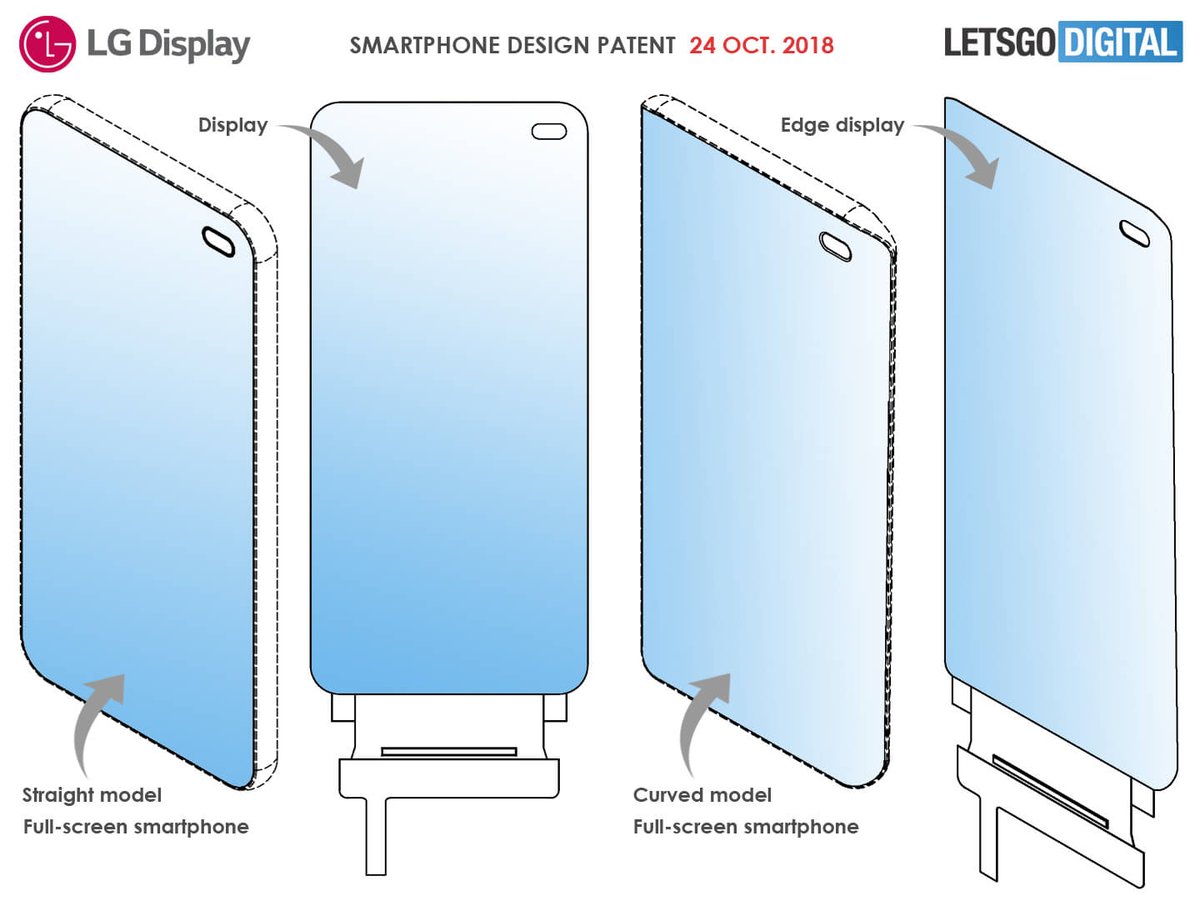 This point of view certainly holds potential but it all depends on how LG utilizes this geometry. Given the fact that LG has the resources required to follow on with display enhancements it is surely going to be an interesting spectacle. Moreover, the picture consists of two variants of the display a standard straight model and a curved model. Samsung has been sporting curved displays in their smartphones for quite a while and has been successful doing so. LG stepping into the curved race is sure to receive a ton of attention.

We expect this technology to be implemented into the next flagship most possibly the LG G8. Fitting all the required sensors inside the tiny compartment is a task in itself but if LG manages to pull this off they’ll definitely get a boost economically. The smartphone market itself has been on a decline for 3 consecutive quarters even for a brand like Samsung. This new strategy could allow LG to get ahead of its competition in time. Pair this all with the Snapdragon 855 and we’ve got ourselves a solid flagship by LG.

One more thing which is a possibility is that LG adds the G8 into the Android One program like the G7 One which will further enhance the software experience of the device. We look forward to more news and leaks regarding the case, till then all we can do is wait.