Physical Title Releases Decline As Of Q3 2018 For Consoles

Sony’s PlayStation 4 has been leading the console gaming market by far. Sony’s attempts to add more and more content to the platform further strengthens the sales which are of course directly proportional to popularity.

A survey hosted by the NPD research group suggests that video game sales have shifted quite dramatically to a more digital approach. We’ve talked on how game stream services invaded the markets offering quality features at very accessible prices. Sony’s PlayStation 4 received a 21% improvement over last year’s 59 physical titles. The Nintendo Switch received a whopping 76% improvement in relation with last year which puts it at the top of the list. Xbox One however smoothly transitioned from physical title releases to an all-digital approach with only 3% improvement from the previous year. 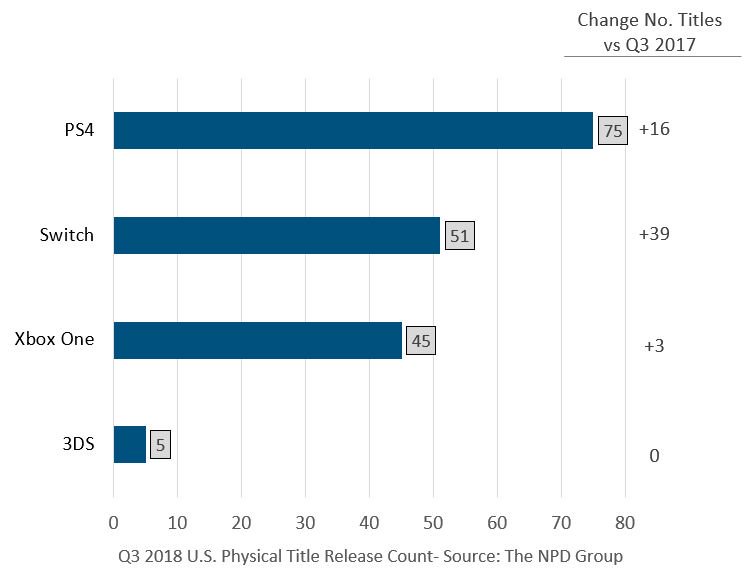 Since PlayStation Now is having a huge impact on the digital video game department Microsoft wouldn’t want to step back and let Sony have all the cake. The decline in newer physical titles bounds Xbox players to purchase digital content. The addition of quality deals and offers also tempt players to go for a digital version which definitely boosts revenue for the host brand.

With the competition heating up in the digital space it will certainly be an interesting spectacle of how Sony’s reacts to some new competition. As for us consumers, this appears to be a win-win situation, more competition triggers better service and the consumers, in turn, are heavily benefited.