Huawei has been an aggressive leader over the past few years. Following the flagship launch of the Huawei Mate 20 and Mate 20 Pro last year, everyone has their eyes set for Huawei’s next big thing, the Huawei P30 lineup. Being the successors to last year’s Huawei P20 lineup, there’s a ton of expectations to adhere over here as 2019 begins. As we move forward, the first round of renders and concepts, courtesy of OnLeaks and 91Mobiles have emerged online suggesting what the Huawei P30 may look like.

→  OnePlus 7 Pro Features One Of The Best OLED Display On The Market, DisplayMate Suggests 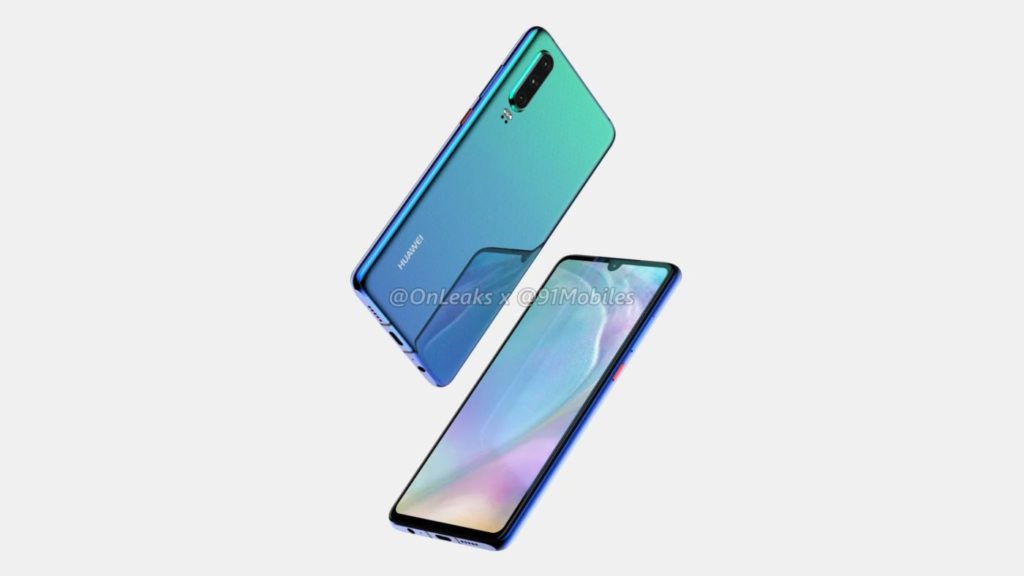 Regarding specifications, all we could do for now is speculate. However, based on how well the Mate 20 lineup and P20 lineup were specced, it isn’t hard to speculate what the Huawei P30 would pack under its shell.

Internally, there’s a good chance that the Huawei P30 would pack a Kirin 980 SoC, the same SoC that fuels the Huawei Mate 20 lineup. However, there’s also a good glimpse of hope that we may see Huawei opt for their rumored Kirin 990 SoC as well that would bring 5G into the spotlight for the company.

There isn’t much concrete information regarding the display either. However, given the recent shift in trends in the smartphone market, the Huawei P30 would most probably feature a 6-inch display.

Regarding the release date and pricing, we don’t expect Huawei to shake anything up this year. We’re expecting to see the Huawei release the Huawei P30 later this year, most probably in April for about the same price the P20 retailed for, €740 (US $739).