As seen in the film Circus Electrique, a steampunk depiction of 1890s London, two circus ringmasters compete for the public’s attention by employing a variety of mechanical marvels, all the while the populace and police force of the time descend into a condition of escalating madness. 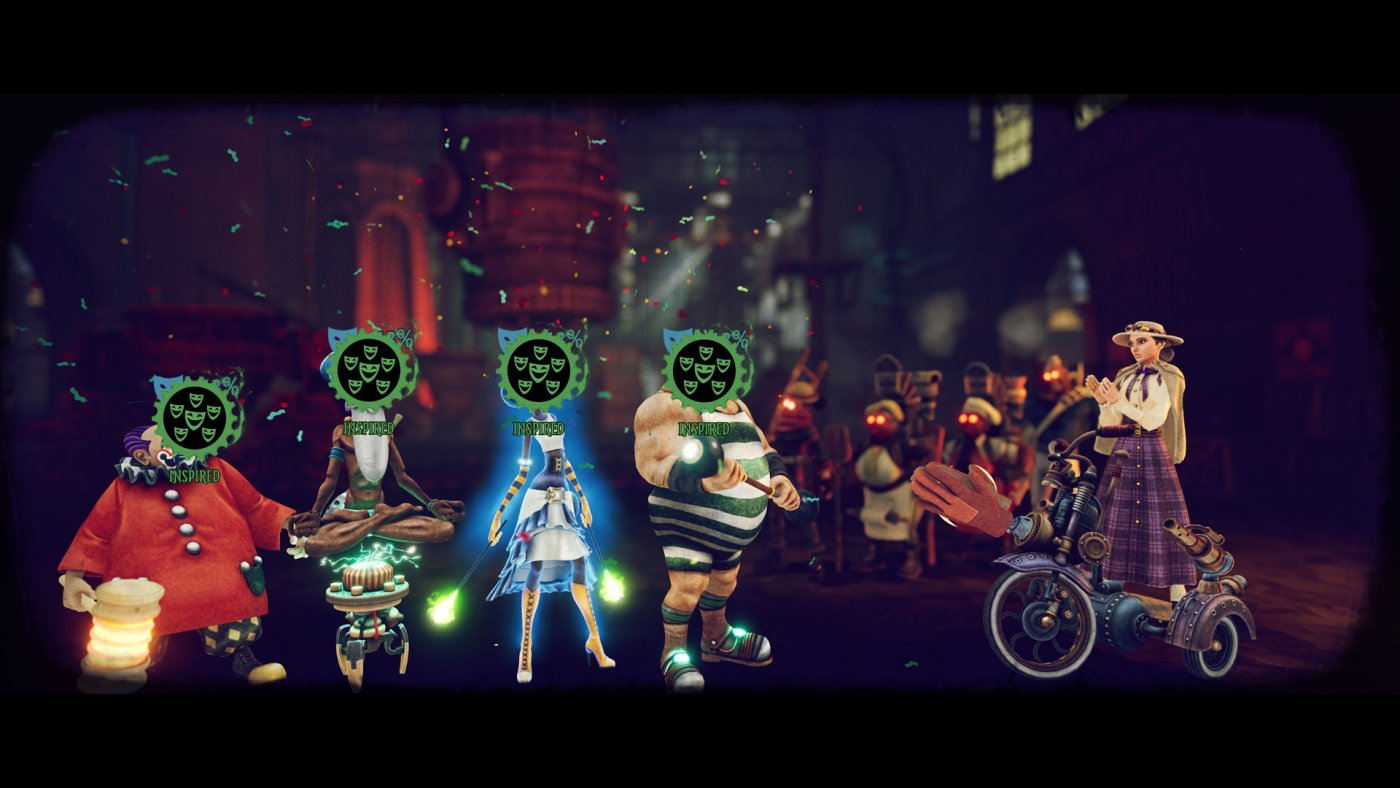 To restore order and expose the mastermind behind the mayhem, Amelia, a daring reporter with personal connections to the important players, gathers an army of circus performers.

The gameplay crosses various genres and combines resource management, exploration, and tactical warfare while weaving a mystery supported by themes of family and redemption. Even on the easiest difficulty setting, the quest, calls on players to quickly understand its complicated systems and offers generous prizes to those who succeed.

In Circus Electrique, a typical in-game day is predictable. Players first get their crew ready in the circus camp. They may prepare a performance beneath the big top by giving crew members the required duties, which will produce valuable resources once the show is over if they haven’t already scheduled a multi-day spectacular. They then proceed to a map and move via nodes to participate in unique events.

They eventually arrive at a fight node where they engage a host of “Vicious” foes. When the battle is over, they go home to collect their awards and read about their exploits in the morning newspaper. The following day can be tackled at that point, or you might look up a good online beginner’s guide to determine what went wrong.

Circus Electrique occasionally comes off as overly complicated. Screens are loaded with icons and data that aren’t adequately explained. Players are instructed in-game to check the codex if they need a refresher, which they very well could. While moving through the campaign, there is a tonne of data to sort through and balance. Small errors did either out of frustration or ignorance add up rapidly. The player could find themselves in a precarious situation where moving forward feels like a mistake.

The game has a charming plot that entertains players to keep playing through a few more battles at a time to discover more about Amelia and her tragic past, as well as about the offbeat characters she calls family and friends, even though that criticism might seem difficult to overcome. With faded newspaper photos and period-appropriate music that pops and crackles, the look is also pleasing.

To reward observant players who enjoy dry humor, there are also several witty gags in the dialogue and the menus.

On a more practical level, it’s very satisfying to watch beloved artists become more deadly in combat as they develop their abilities. There is significance in the sheer amount of characters involved.

Circus Electrique has more than enough surprises to keep players engaged for the few dozen hours they’ll probably spend finishing the game, even though it’s likely to turn away those easily irritated by complicated systems.

The player’s attention is constantly required by merciless fighting and the necessity to keep an eye on resources, but the unique blending of genres rewards them with creative new experiences. Some people might not be prepared to handle everything at once, but that is what a circus is for.

Not only does Circus Electrique accurately capture the appearance of the Victorian era, but it also has a unique class and battle system, as well as lineup flexibility. The game’s conception is an original one, however, its creative potential is not fully realized.

It differs from traditional genre cliches in several thematic ways, but I can’t help but think that it would have been better served if it had concentrated on strengthening its core.