Cyberpunk 2077 is one of the most anticipated gaming titles showcased at E3. Cyberpunk 2077 will be developed and published by CD Projekt Red a team of young and talented team trying to leave a mark in the game industry. CDPR has received an overwhelming response to their first ever game franchise “The Witcher”.

Fans have gained faith in CDPR and due to their amazing support Cyberpunk 2077 has received it’s first ever game-play reveal.

The above video was released by Cyberpunk 2077’s youtube channel. Cyberpunk 2077 falls in the first person role playing genre which in itself is a unique approach given the trends of today. In the game-play we experience a very fluid and high octane action alongside some breath taking visuals.
The developers claim for an advanced character customization like never before.

The devs also claim that the behavior of crowds and the looks and feels of the city are the most realistic in an open world game ever. 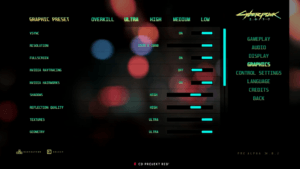 Cyberpunk 2077 is expected to release next year on Xbox One and PS4 and CDPR has created a huge hype for the game. Do note that the given game-play does not represent the actual game and the actual game may vary from the reveal walkthrough. I personally am really excited for this game as CD Projekt Red never cease to amaze and deliver.