Epic Games has just released yet another update for Fortnite. The latest update brings a ton of changes to the game play as well as introduces a number of new options and items to the game. With this update, Epic has introduced the Heavy AR (aka AK-47), a new mode called Team Terror as well as vaulted the Pumpkin Launcher for good.

Starting off with the Heavy AR, Epic has finally introduced a Heavy AR to the game. Following the announcement of the Heavy Sniper, the newly announced Heavy AR is meant to do some crazy damage to your enemies. The weapon, aka the AK-47, is available in three rarities, namely, Rare, Epic and Legendary. To back up our claim regarding the “crazy damage” mentioned earlier, the gun would deal 44, 46 and 48 damage, respectively.

The Heavy AR can be found in floor loot, chests, Vending Machines, and Supply Drops and is capable of handling a magazine of 25 rounds each. As suggested by its name, the Heavy AR would utilize heavy bullets and would join the family of guns that use the heavy bullets as their ammo following the snipers and the Deagle / Hand Canon in Fortnite. 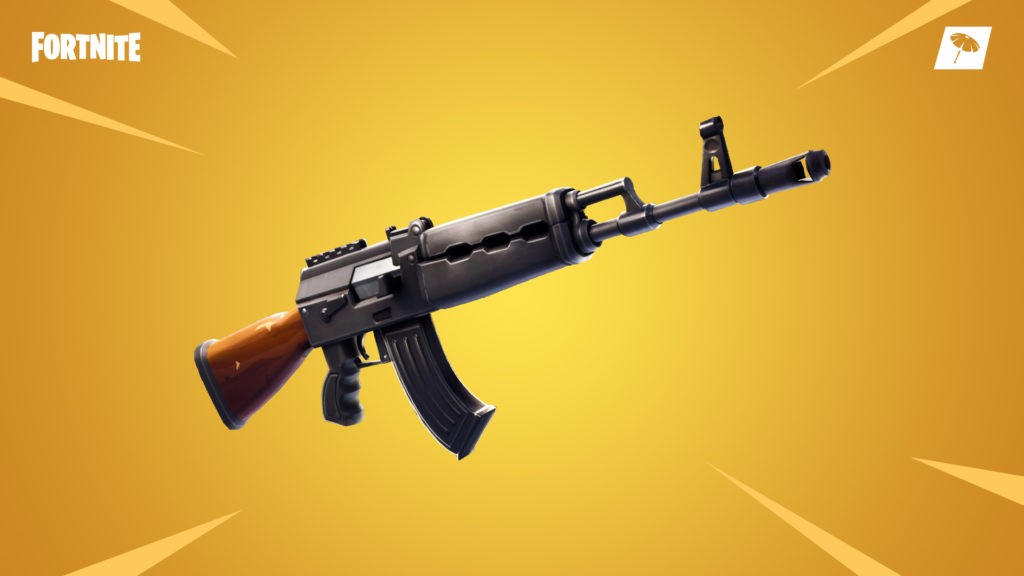 The latest mode making its way to Fortnite has been dubbed as Team Terror. With Team Terror, you would pit in one of 32 duo slots. Not only would you have to eliminate the other team with one of your partners, but you would also have to ensure that you could fend off the cube monsters in time.

In addition to that, with this update in effect, Epic has finally pushed the new outfits to the Fortnite item shop. However, since this would be a limited time offer, the offer won’t go live until November the 9th as detailed in a previous report.

Regarding the rest of the changes, Epic has made major changes to the spawn rates of a number weapons across the map, most notably, the introduction of Balloons. Not only have they nerfed them, but like other updates, expect to see the Heavy AR as much you can.

Regarding the Pumpkin launcher, it seems like its time has come to an end as Epic vaults it from the latest update. Certainly we would be able to see it next year but for now, its gone.

Below is the full list of changes coming to Fortnite update 6.22 retrieved from the folks over at Epic Games.

Summary
Monsters have invaded the Battle Royale island! Two teams will battle it out as Cube Monsters monsters join the fight. Defeat the other team to earn a Victory Royale.

Summary
Blitz is a faster-paced version of Battle Royale. The match begins with the storm moving towards the island, and the delay between each circle is shorter than normal, creating matches that are 15 minutes long or less. The map also has extra loot and resources. Profile Stats count in this mode, so fight hard for the Victory Royale!